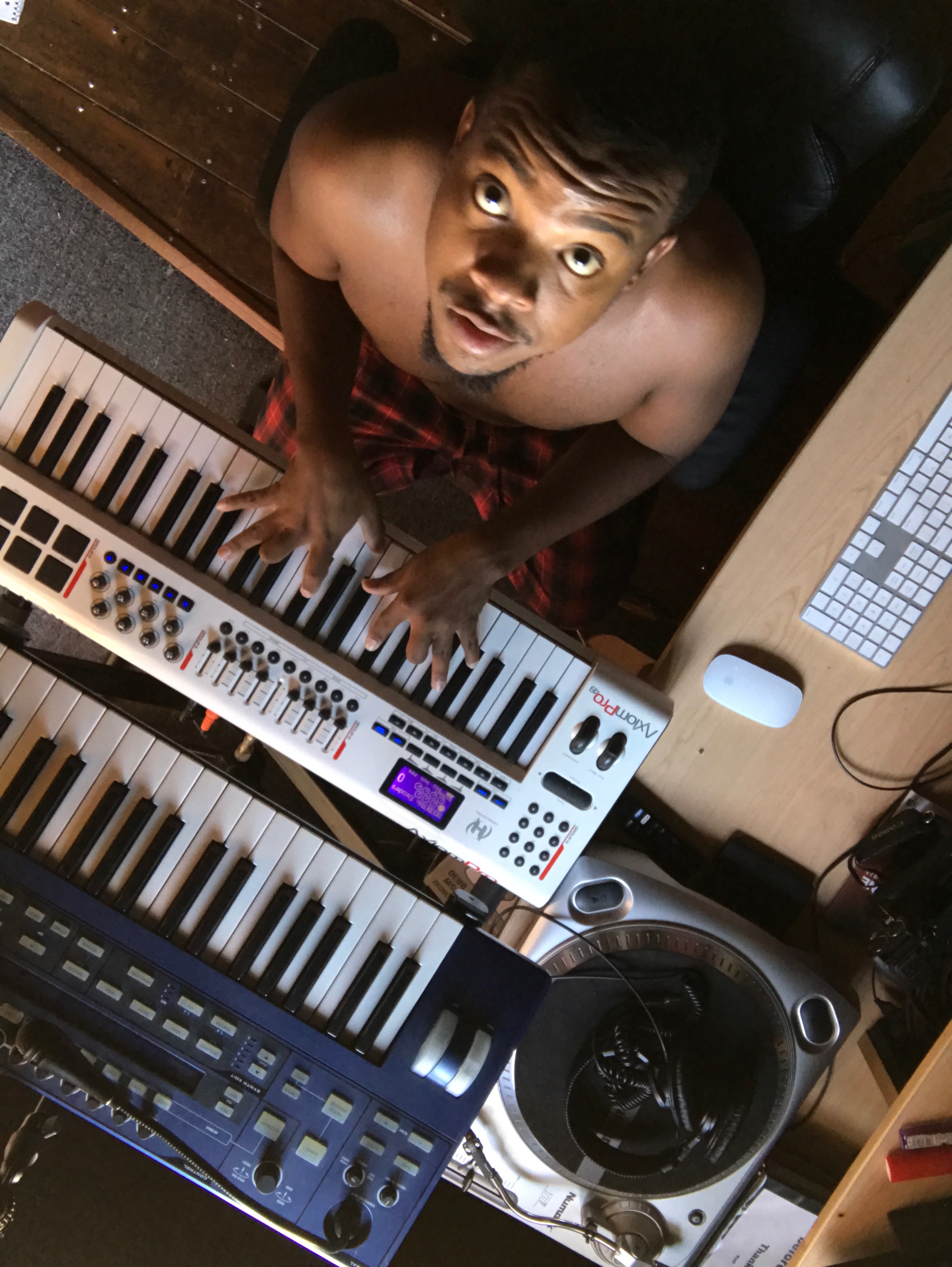 Beginning his musical journey at a young age, Boomer’s passion for music was discovered by being involved in school talent shows, band, and playing the drums for Deja Bleu’s drum squad. Growing up with a father and relatives who were involved in the music industry allowed Boomer to easily become acquainted with instruments. As he grew, Boomer developed a love and appreciation for sound overall. Attempting to play instruments such as the clarinet, trumpet, piano, and saxophone while in band gave him a unique perspective on the dynamics of each instrument. Teaching himself bass and guitar, Boomer sees no boundaries musically. He often likes to describe his music as “The Remedy” hence the therapy that it brings not only to himself but others as well.